A COUPLE of large Good Class Bungalow transactions have been inked recently.

Seasoned property investor Thomas Chan is said to be selling a bungalow at Belmont Road for more than $44 million. The price translates to $1,413 per square foot on the land area of about 31,125 square feet.

On the freehold elevated site is a 15-year-old bungalow with about 9,000 sq ft of built-up area. The property is said to have five bedrooms and a pool.

Market watchers point out, however, that the site is large enough to be subdivided into two plots of at least 1,400 square metres (15,069.46 sq ft) each. This is the minimum land area stipulated by the Urban Redevelopment Authority for Good Class Bungalows (GCBs) – the most prestigious type of landed housing in Singapore.

Mr Chan is understood to have paid $30.5 million for the Belmont Road bungalow in July 2009.

Based on market talk, Newsman Realty was the sole marketing agent in the latest sale of the property.

Interest in big-ticket GCBs seems to be on the rise. Last month, 35 Ridout Road was transacted at nearly $91.69 million. On an absolute quantum price basis, this is believed to be the biggest transaction in a Good Class Bungalow Area.

The price is slightly higher than the previous record of $87.5 million, set in 2001, involving a 291,000 sq ft parcel in Swettenham Road in an asset swop deal between Singapore Press Holdings and Lum Chang.

Caveat information lists the buyer as Soon Hock Property Development, which is known for developing strata industrial properties. The company’s sole shareholder is Tan Yeow Khoon, who is chairman of listed Cogent Holdings.

Mr Tan is said to have acquired the freehold Ridout Road site with the intention of building a house for his family; they currently live in Sentosa Cove.

That said, industry observers reckon that it would not be surprising if the family were to carve out part of the Ridout Road site for sale – beyond what they require to build their own house.

On the site are an original two-storey bungalow with two single-storey outhouses and a large open green field on an elevated level.

The trustee sale came on the market in March due to a court order arising from the resolution of a dispute in the family of the late property tycoon Chow Cho Poon.

Among the properties he developed was the former Chow House along Robinson Road, which in 2010 was sold as part of a group of nine properties for a total of more than $175 million.

MORE landed homes are being sold now that prices have fallen significantly from their 2013 peak.

From the start of this year to April 30, 316 landed homes changed hands, a 15.3 per cent jump year on year, going by caveats lodged.

Experts said prices have come down to attractive levels and are unlikely to fall much further.

Prices of landed properties were down 7.2 per cent in the first quarter, from their peak in the third quarter of 2013.

“Supply of landed properties in prime areas is limited, and buyers may be trying to get some good deals as developers may have to sell to avoid Qualifying Certificate penalties,” said Mr Samuel Eyo, managing director of Singapore Christie’s Homes.

Another factor driving sales is that developers and buyers are anticipating the Additional Buyer’s Stamp Duty (ABSD) for second-time buyers will be tweaked – at the latest, by the end of the year – said Realstar Premier Group managing director William Wong.

Many developers are buying sites for redevelopment – typically old bungalows to be torn down and rebuilt – with the expectation that demand will have returned once the houses are ready.

These include sites at Robin Road, Hillcrest Road and Oriole Crescent.

Sales by Realstar, which specialises in bungalows, have nearly returned to levels last seen two to three years ago, when Realstar was doing about 20 deals a month. This number fell by over 50 per cent during the last two years.

Mr Wong said: “This year should be a good year for the landed housing market.”

This includes interest from newly-minted citizens.

A furnished bungalow in Bishopsgate sold at a record $2,190 per sq ft last month, or $33 million, to a China-born Singapore citizen. 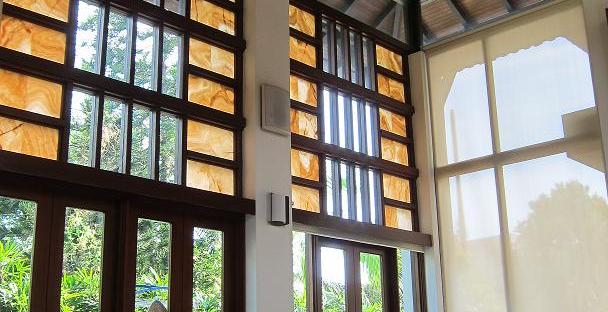 At least a couple of eye-popping deals have taken place in the Good Class Bungalow (GCB) market of late.

First, a record price of S$2,190 per square foot of land area has been set, from the sale of a luxuriously built and furnished bungalow in Bishopsgate.

The absolute price is S$33 million for the two-storey freehold property, which has a basement and is on land of over 15,000 sq ft. The bungalow is three years old.

Second, word in the market is that the over 73,000 sq ft freehold GCB site at 35 Ridout Road that was put on the market in March has been sold.

The price is believed to have crossed S$90 million. Details of the transaction are scant

The trustee sale came on the market in March due to a court order arising from the resolution of a dispute in the family of the late property tycoon Chow Cho Poon.

At S$90 million, the price works out to S$1,228 psf on land. The property – which is located within the cul-de-sac of Ridout Road, Swettenham Road and Peel Road – is nestled in a tranquil environment among lush greenery.

On site are an original two-storey bungalow with two single-storey outhouses and a large open green field on an elevated level.

The sprawling land is large enough to be potentially subdivided into four smaller plots of at least 1,400 sq m (over 15,000 sq ft). This is the minimum land area stipulated by the Urban Redevelopment Authority for GCBs – the most prestigious type of landed housing in Singapore.

Another of the planning constraints imposed by URA for GCBs is that they cannot be built more than two storeys high (plus an attic and a basement).

Over at Bishopsgate, the S$2,190 psf on land price busts the previous GCB record price of S$2,110 psf set in October 2012, when bungalow investor George Lim sold a newly built property in Leedon Park with a land area of 15,640 sq ft.

Spanning two storeys and a basement, the property has six bedrooms and a pool. Completed in 2011, the property obtained Building and Construction Authority’s Greenmark Gold Plus award.

The Bishopsgate property transacted recently is a modern house completed in 2012. The architecture, interior and landscape design were done by SCDA.

Designed around a Tembusu tree, the property has two wings connected in the middle by a sunken courtyard featuring a 60-foot high copper tree sculpture with water trickling down, creating the sound of soft rain.

One wing houses the living and entertainment areas while the other wing is more private, where the study and master bedroom are housed.

The basement includes a wine cellar, entertainment room and gym. In all, the home has four bedrooms and a swimming pool. Privacy features include a gated driveway, and tall hedges and trees concealing the pool and outdoor pavilion.

The property was built and sold by Timothy Chia, founder and chairman of Hup Soon Global Corporation. He is also chairman of Gracefield Holdings and sits on the boards of several listed companies.

The buyer is said to be a former Chinese citizen turned Singapore citizen. Realstar Premier Group brokered the transaction.

Based on data from CBRE Research, from January to April this year, six properties were sold in GCB Areas totalling S$125.82 million.

For the whole of last year, there were 28 transactions amounting to S$626.14 million.

Make your home the bestseller in this market

How to make your home a Best-Seller in Today’s Market!